The all-new Audi e-tron GT has arrived. Click below to learn more and book a test drive. 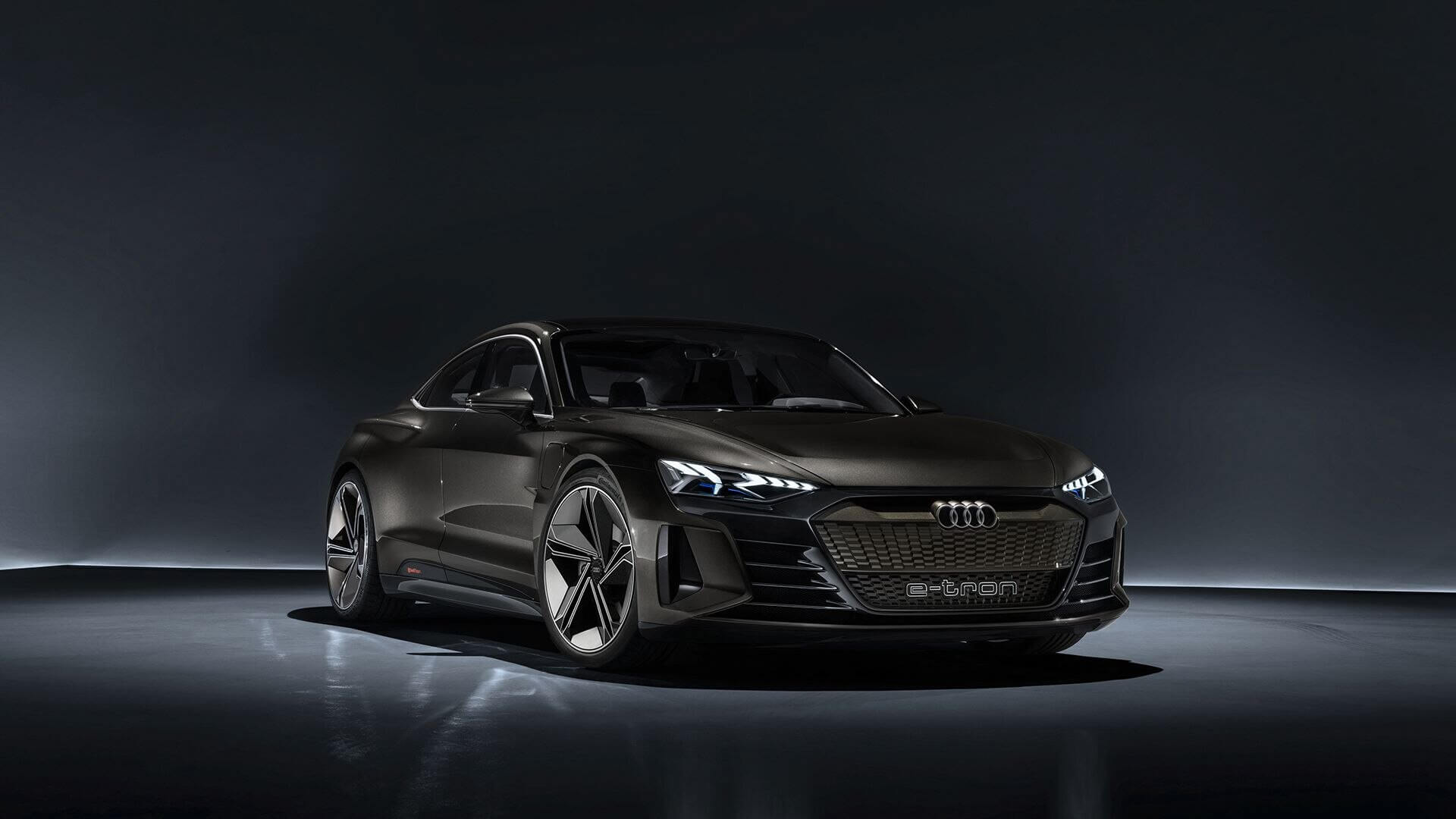 The future has never looked so good with the show-stopping performance of the Audi e-tron GT Concept, which is expected to be in production in late 2020.

The Audi e-tron GT will come with 590 horsepower to ensure the performance fits an ultra dynamic sports car. The torque is transferred to the wheels via the quattro permanent all-wheel drive with torque vectoring, as expected for a dynamic Audi. 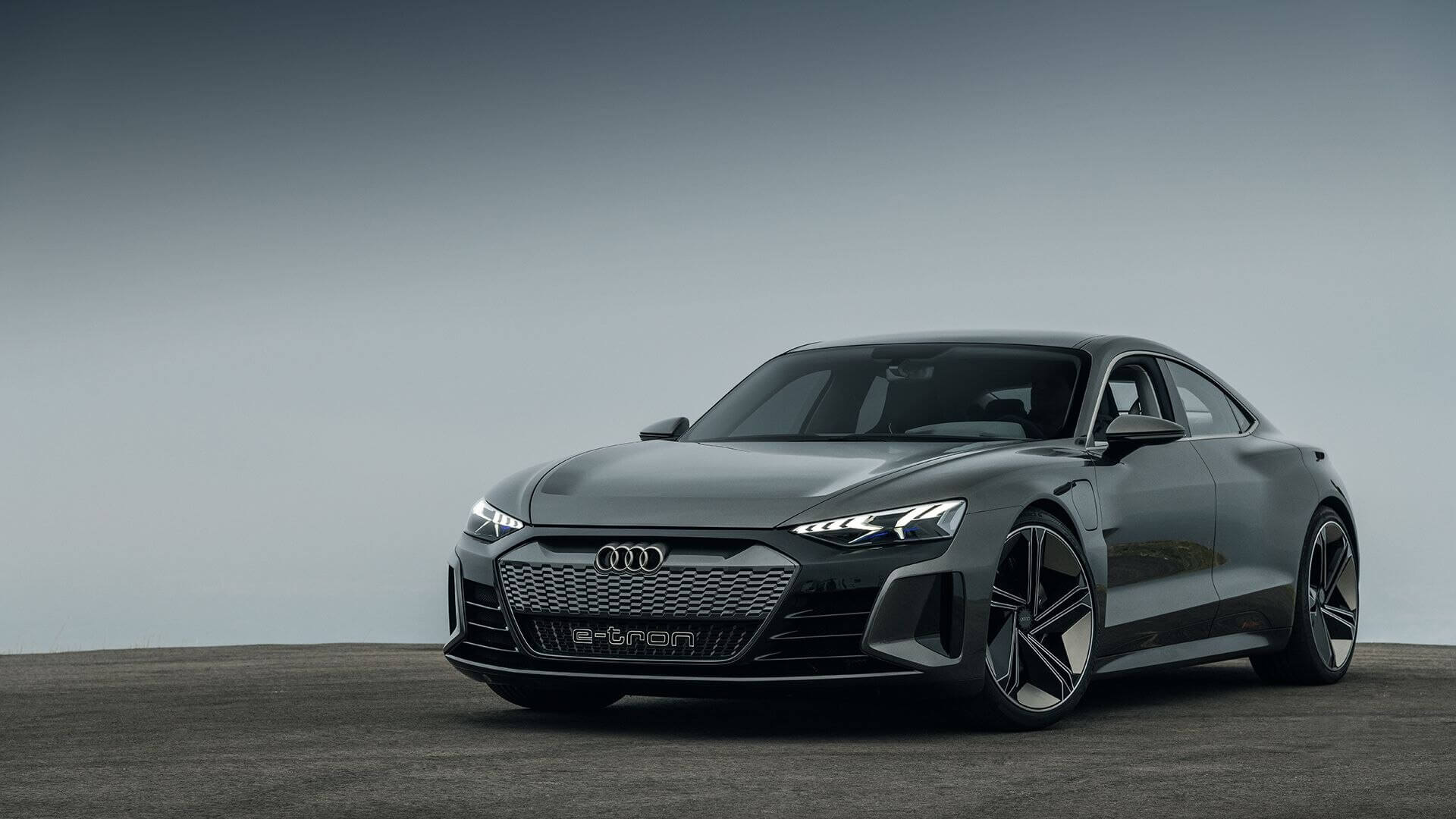 The Audi e-Tron GT concept reflects a classic Gran Turismo with its flat, wide and with a long wheelbase. The Audi e-tron GT concept has 4.96-meter (16.3 ft) length, 1.96-meter (6.4 ft) width and 1.38‑meter (4.5 ft) height. The lightweight body of the four-door coupé is manufactured using a multi-material construction. The technology for this automobile was developed in close collaboration with Porsche. 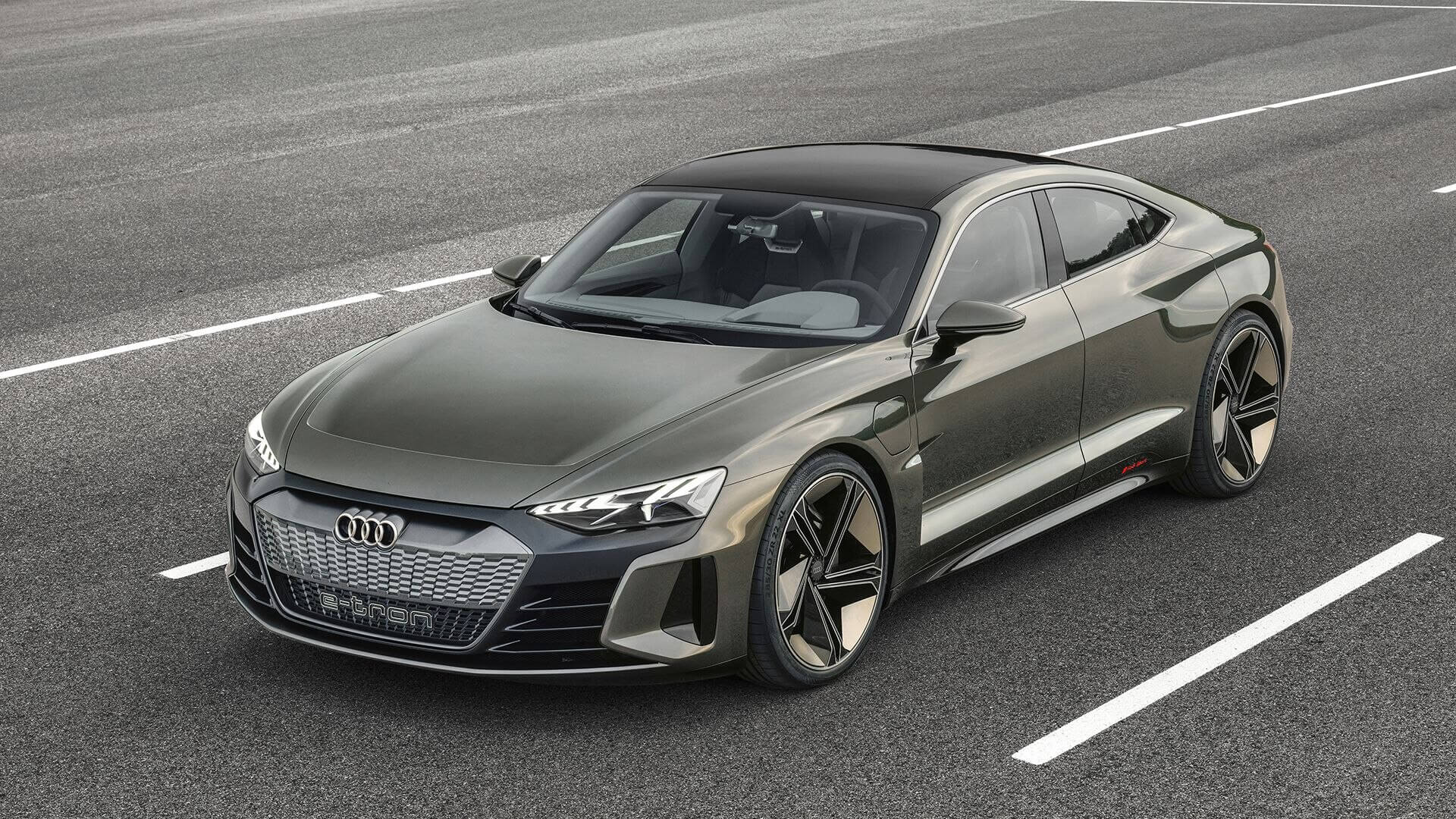 The sloping roofline of the Audi e-tron GT concept extends well into the rear echoes the Sportback layout that is the hallmark of the brand. The cabin that tapers strongly toward the rear stands out in comparison with current Audi models. Wheel arches and shoulders are designed emphatically alongside the flat floor that is uncommon for an electric vehicle. 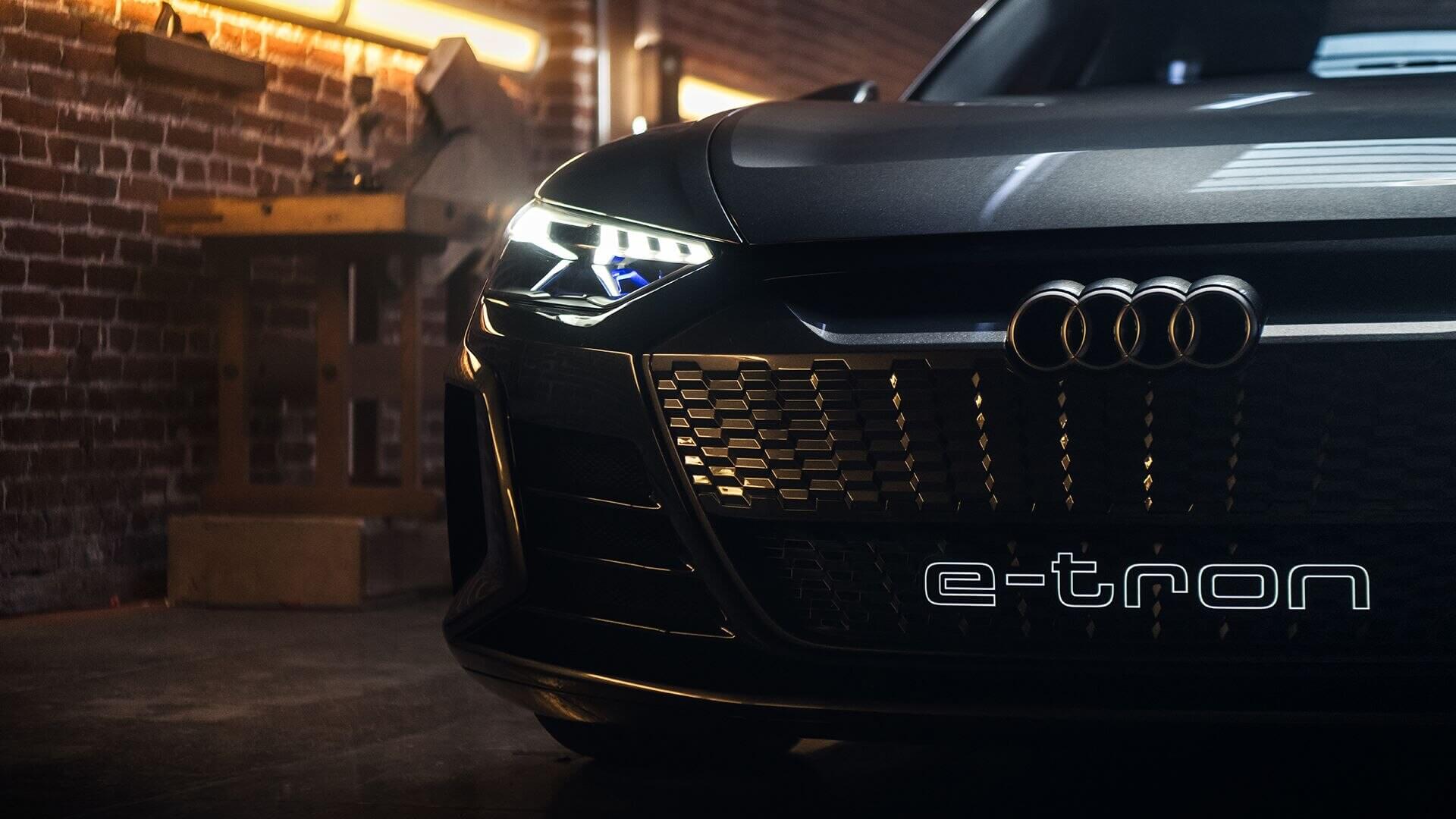 The hallmark Audi Singleframe is placed in the center of the front section. The top half comes with a cover painted in body color. Its surface structure is closely resemblant of the honeycomb pattern on the Audi RS models grilles. 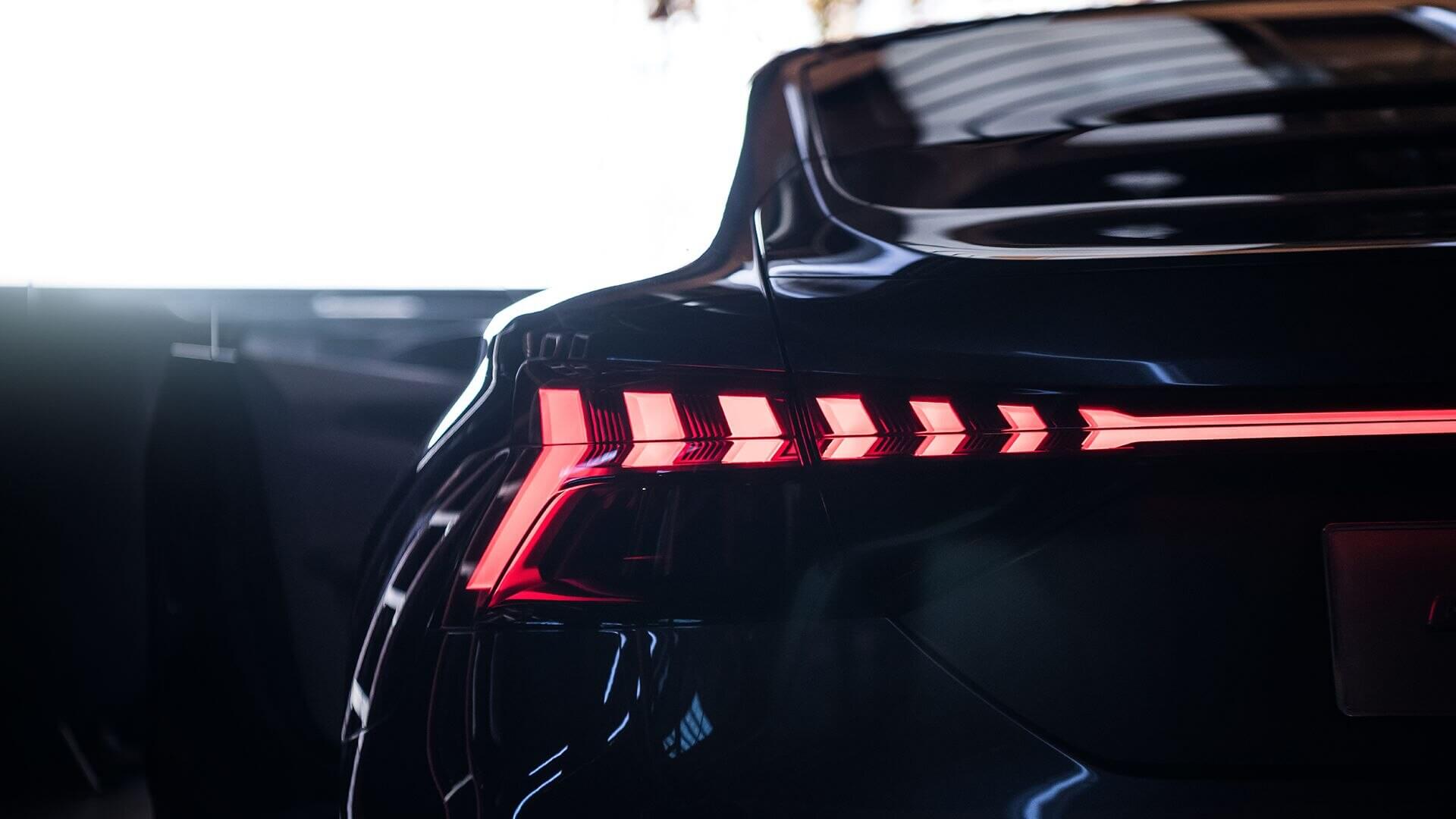 The arrow-shaped front section also emphasizes the matrix LED headlights with laser high beam, underscoring the dynamic presence of the Audi e-tron GT concept even while stationary. As already seen with the brand’s current Visions vehicles, the light is also animated here and welcomes the driver with a short function sequence, the wave of light that extends horizontally. 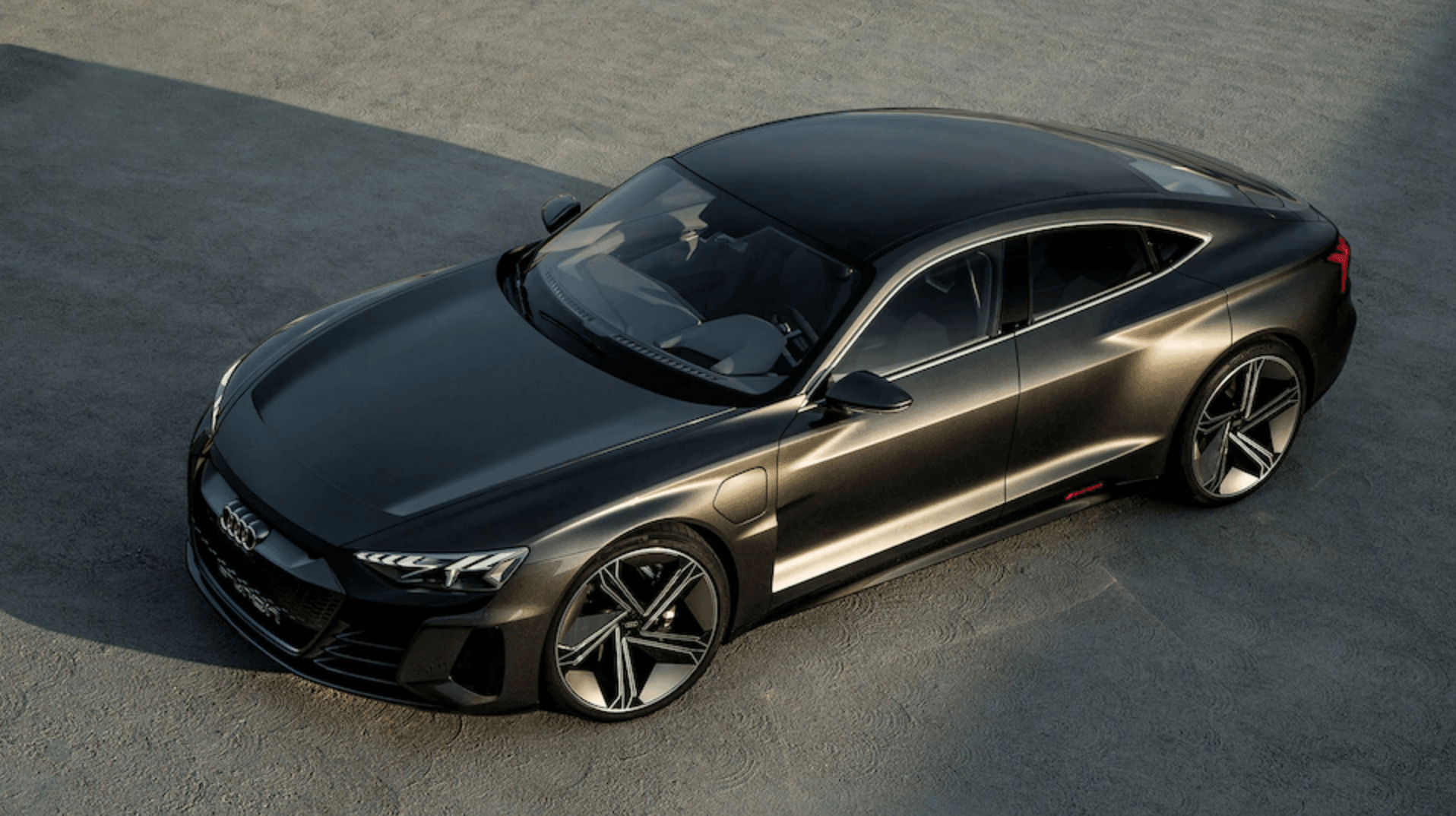 As mentioned above, the Audi e-Tron GT concept comes with 590 hp system power – that is an incredible number for the potential of the all-electric vehicle. Separate electric motors are fitted to the front and rear axles and both are permanently synchronous motors. They put down the torque onto the road via all four driven wheels. The electronic control system coordinates the drive between the axles and between left and right wheels. 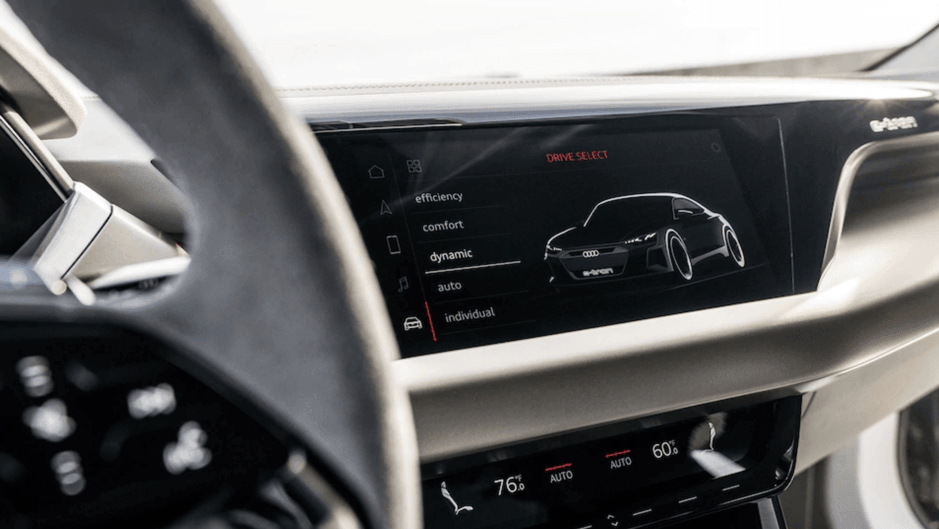 The Audi e-tron GT has four doors, four seats with 2.90 meters wheelbase. The functional center of the interior is located at the front left, visibly focused on the driver’s seat.

Both the screen of the central instrument and the touchscreen above the center console come with a black-panel look finish. They underscore the large, calm design of the interior with its predominantly horizontal basic architecture.

Animal-based products are not used at all in the Audi e-tron GT because the designers have deliberately for a consistent use of susintaional materials. The Audi e-tron GT concept has a vegan interior. 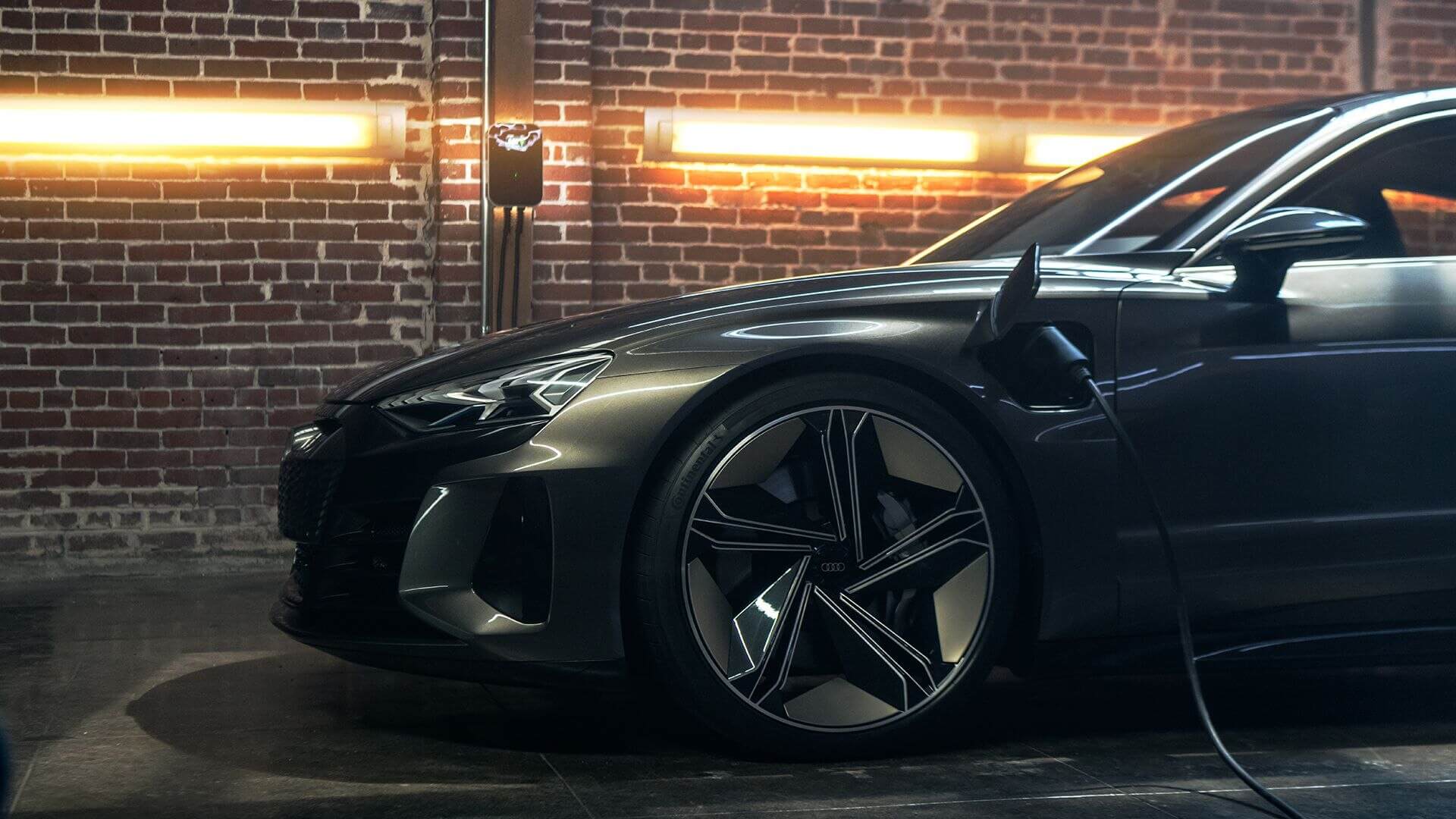 Charging the e-tron GT Concept couldn’t be easier. With Audi Wireless Charging, you can top up the batteries without the need to plug in. All you have to do is park over the charging pad and the car will start charging.

The e-tron GT Concept offers incredibly fast charging times. Fitted with an 800-volt system, the battery can charge from empty to 80% in approximately 20 minutes.